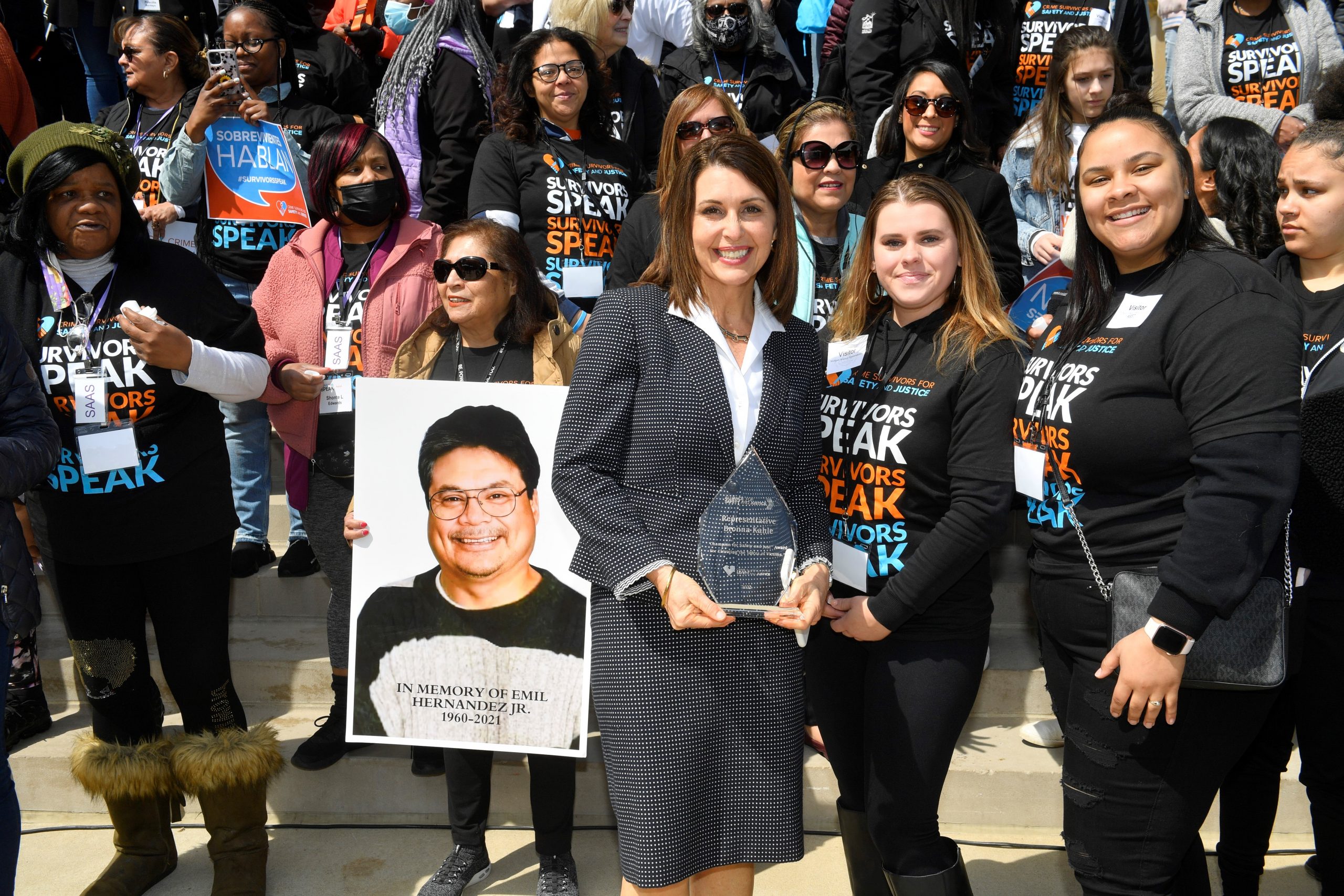 Rep. Kahle attends the Survivors Speak Michigan event where she was recognized for her dedication to standing up for crime victims

State Rep. Bronna Kahle (R-Adrian) was recognized for being a champion for crime survivors at the Survivors Speak Michigan event at the capital today.

The annual convention is hosted by Crime Survivors for Safety and Justice, a national network of more than 90,000 crime survivors dedicated to elevating survivors’ voices to prioritize investments in prevention, treatment, and trauma recovery. More than 200 crime survivors and community leaders traveled to Lansing from across the state for today’s event.

“It’s an honor to be recognized by this group of incredibly brave and resilient individuals,” Kahle said. “This group of survivors has worked hard to instigate positive changes to state law. It has been a blessing to have the opportunity to help deliver those changes in my role as a legislator.”

Kahle was recognized for being a voice for crime survivors. Legislation she introduced this term would give crime victims who have endured mental or emotional injury the opportunity to access compensation, giving them the chance to fully heal. Her proposed amendment to the state’s Crime Victims Compensation Act would expand the people and expenses eligible for compensation under the act.

“I’ve listened to crime survivors from my local communities in Lenawee County and have learned about the destabilizing impact crime can have not just on the victim, but their entire family as well,” Kahle said after the House approved her bill in December. “I stand with crime survivors as we strive to get them the access to services they deserve through this plan.”

Her plan is part of a larger package of bills that support crime victims in Michigan. Kahle has been a supporter and advocate for the entire package for several months.

Other bills in the plan:

Kahle said she expects the governor to sign the bills into law after the Senate approves them in the coming days.

The legislator also helped introduce a House resolution on Tuesday declaring April 24-30, 2022 as Crime Victims Awareness Week in the state of Michigan.

A plan authored by state Rep. Bronna Kahle (R-Adrian) to improve the quality of care for people living in nursing homes is now law.

State Rep. Bronna Kahle (R-Adrian) joined the Michigan Legislature in approving a bipartisan budget that supports key public services, such as schools, law enforcement, and roads, while paying down debt.

State Rep. Bronna Kahle (R-Adrian) today announced the Legislature’s budget plan for the coming year has been signed into law, funding key public services, such as schools, law enforcement, and roads, while paying down debt.